Still buzzing from our escapades in Derby, Tasmania our now, group of four, were moving on to the land of the Aotèaroa. This would not be a maiden voyage for any of us. It’s a place that we never seem to cross off our to-ride list; in New Zealand, there’s always another adventure. In fact, this was my fourth time visiting, and I’m sure that with my insatiable lust for life on two wheels, the growth of our sport, and the on-going construction of new trails, it will not be my last. 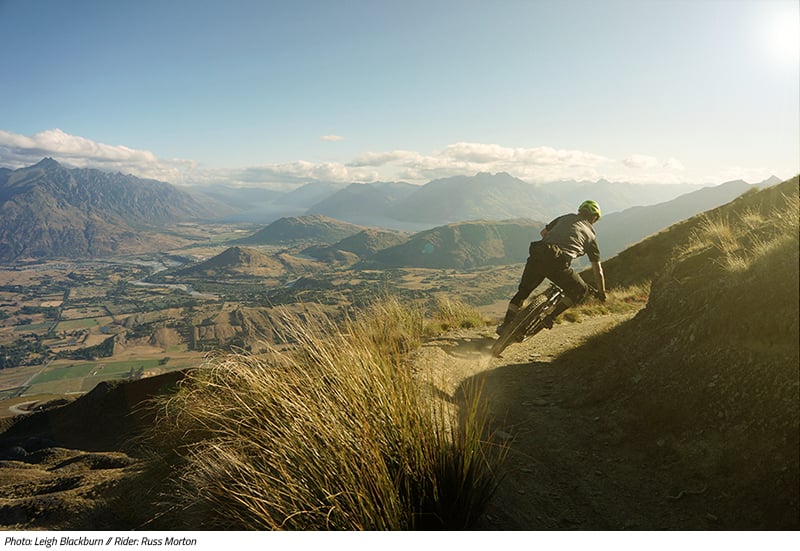 New Zealand has such diverse geological zones so, there are always areas deserving of further exploration. This is precisely why we were back. In 2012, we spent 3 weeks roaming around both the North and South islands in a camper van, stopping here, there, and everywhere sightseeing, hiking, and occasionally dusting off our bikes for a highly anticipated ride day. It was as though we were scoping the place out for future adventures that would be dedicated to mountain biking in New Zealand. Our previous ride stops had included Rotorua, Wellington, Nelson, Kaiteriteri, Queenstown, and Christchurch. We had hoped to hit Craigieburn too, but unfortunately ran short on time. 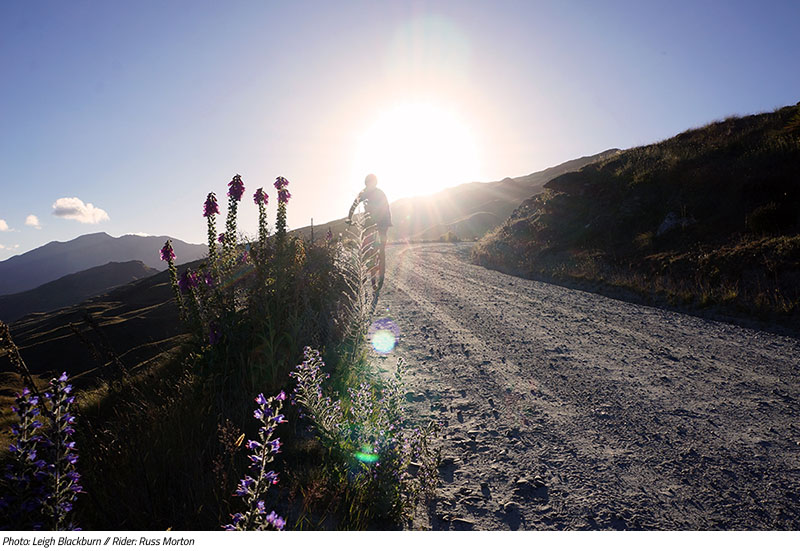 Redemption! On this trip we were locking in on the Queenstown, Alexandra and Craigieburn regions. With only a week to do it, we’d have to act fast! After a night spent in the Melbourne airport and the morning in the sky, today was supposed to be a rest day, but…you only live once right? It was going to be a short one, “just to get the legs spinning”. I bet you know where this is going? Yep, this lead to that. 17km of distance, 1000m of climbing, and 1 flat repair later, we had summited Coronet Peak, made excellent use of golden hour, and descended all the way back down to the bottom of the Zoot Track. It seems we were off to a great start. 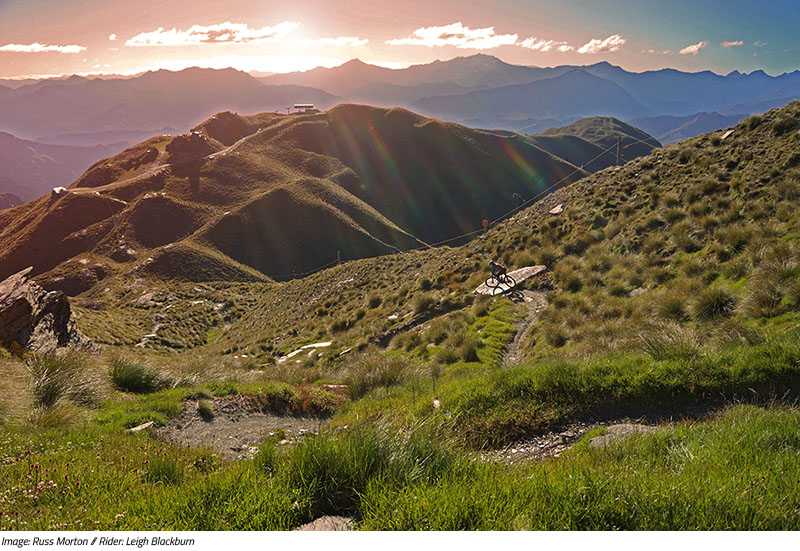 With a cloudy day, perfect for riding in the arid climate of Alexandra we downloaded our GPS map and b-lined it to the open range of Matangi Station (a rider favorite from the Trans NZ and Alexandra’s no-longer-a-secret-but-still-sorta-a-secret zone). Known for it’s wild aromatic thyme, free-roaming sheep, and razor sharp rock lines, this place did not disappoint! I will say though, without the perseverance of our fearless leader, trusty map holder and sole navigator, Russ, this day could easily have gone amiss. Although a local guide may have been useful, thanks to Russ and our GPS map, we rode some precision slabs, hit almost all of the Trans NZ route, and scoped out a steep, super-tech, bike-eating gem of a descent into town that’d we’d return to a couple days later. 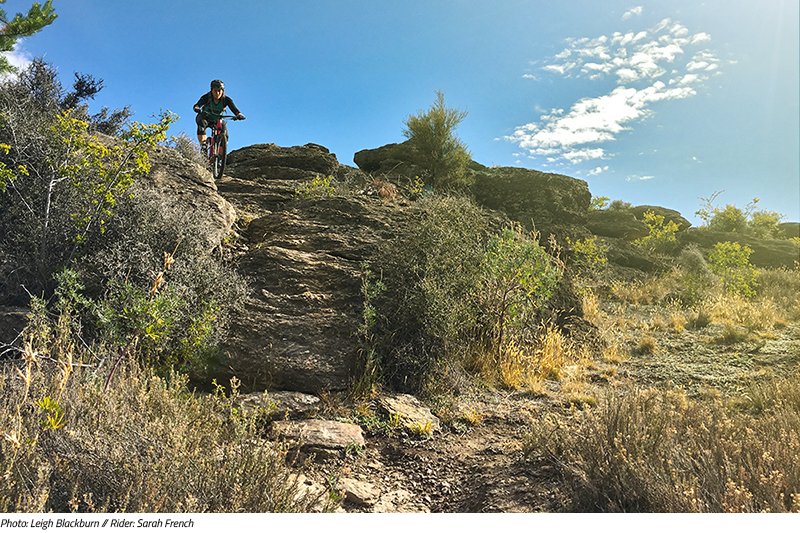 Back to Queenstown, and the Fernhill bike park, because let’s face it, we rode our legs out in Derby. While Cathy ripped laps in the park, Sarah, Russ and I dug deep and slogged up to ride Missing Link-Beeched As-Fernhill Loop (East). The views alone made this ride well worth the climb/hike-a-bike, but we had a ton of fun skipping over the mess of roots all the way back down. 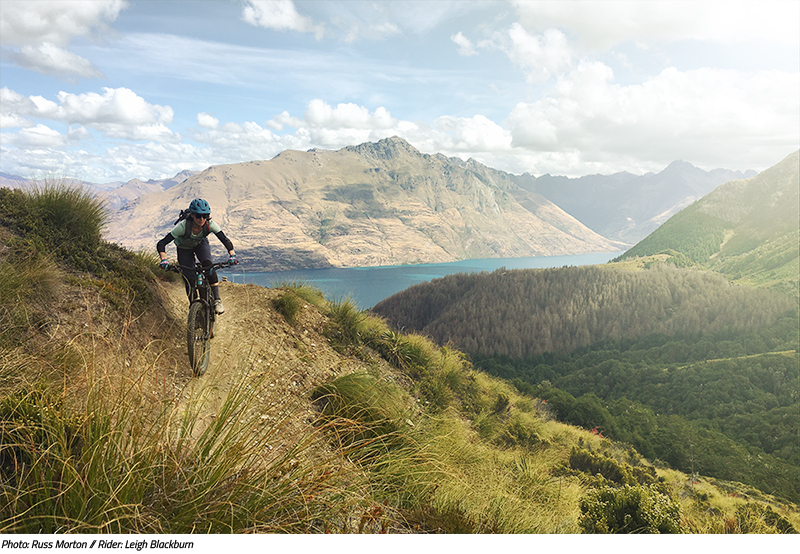 Most people would insert their high fives to the day here, but we’ve only got a week, remember? So, Sarah heads off to do the right thing, ride park with Cathy, while Russ and I tend to unfinished business and our strong #FOMO. Back up we go. 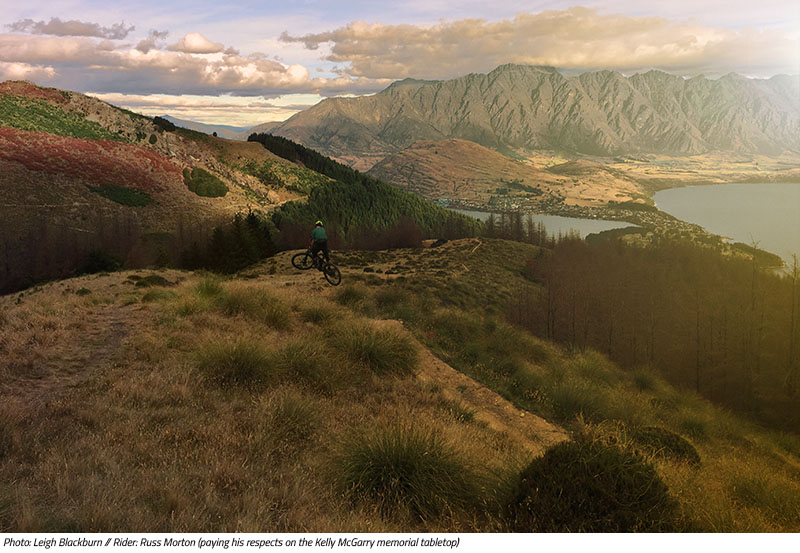 First stop - pay our respects at the McGazza memorial (dedicated to the late, and insanely great Kelly McGarry) on the Fernhill summit. Second stop – steep, technical, side-hill descending via the legendary Salmon Run. Another amazing day done and dusted, perfectly timed with the setting sun. 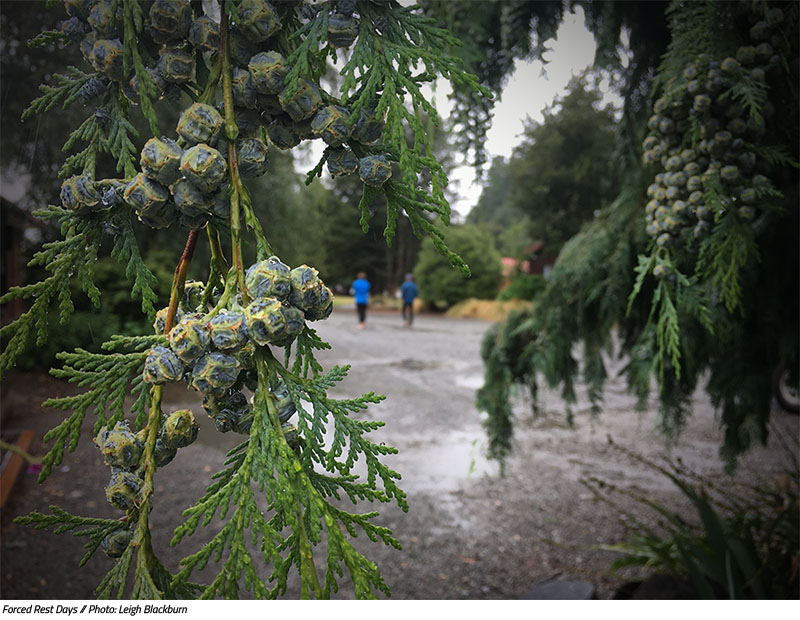 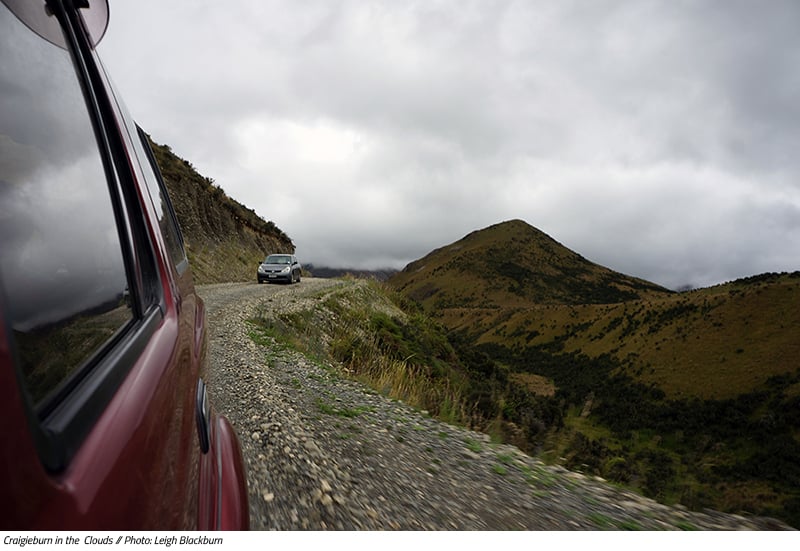 A quick stop in Wanaka, good-bye to Cathy, and the three of us were rolling on to Craigieburn with dreams of brown pow dancing in our head. One wee problem though; it was raining cats and dogs. 24 hours spent begging Mother Nature to play nice panned out and the next day we pounced on our weather window for our last day of bikes. 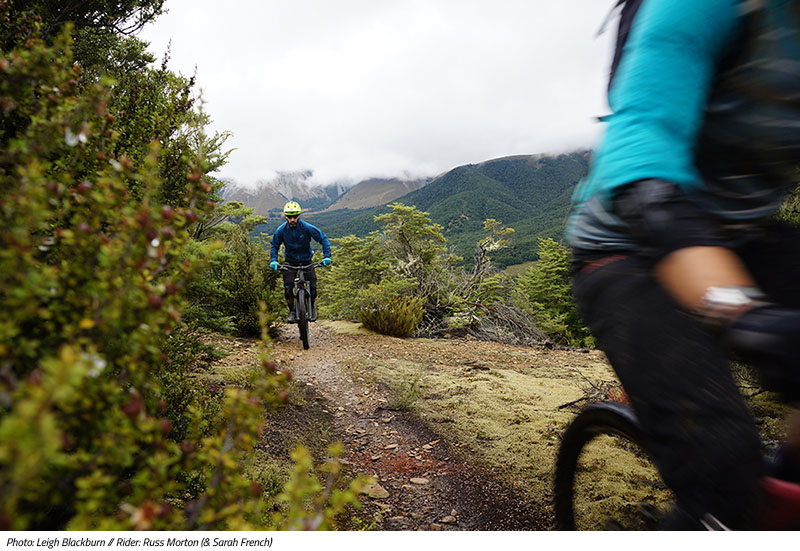 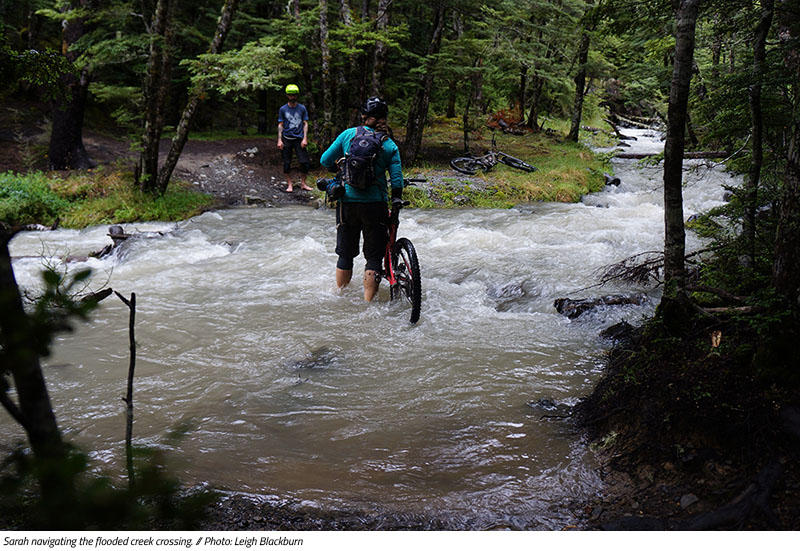 Now, it’s wet, real wet, so we had to plan our ride accordingly. Luge, Dicksons, Cuckoo Creek were in the cards and we had such a blast. The wet roots and water-logged loam on Cuckoo Creek made for the ride of the day. A flash-flood creek crossing to go and we had successfully ridden ourselves silly! 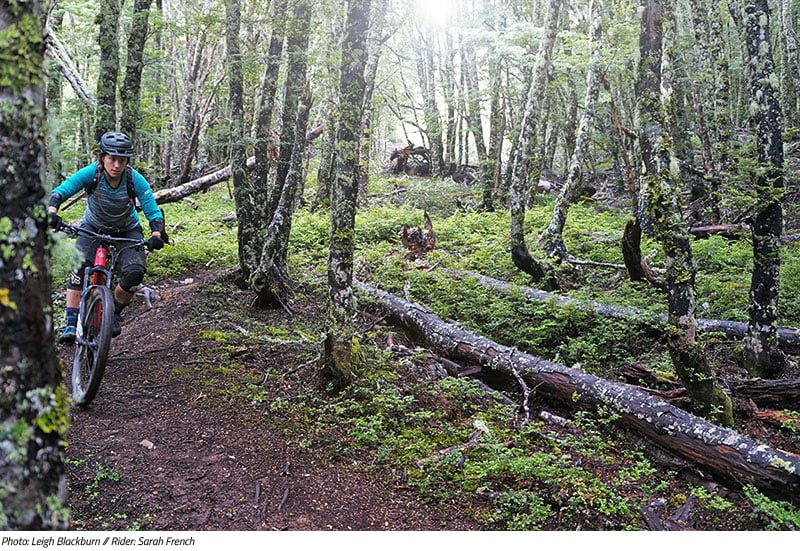 These trips are what we live for. It’s about adventure, friendship, challenge, and ultimately complete happiness. As one trip ends, another is always beginning. As I said, there’s always another adventure. So, it wasn’t ‘good-bye’ to New Zealand, more like ‘until next time’ because strategically, Rotorua and Nelson were waiting in the wings.

Looking for the right gear for your next trip? Check out our online store or stop by Sovereign Cycle in Westbank, BC.